(based on the myth that Lilith was Adam’s first wife)

Adam wasn’t so pleased with Lillith.
‘Look God,’ he said, ‘this woman is
disagreeable. She will not do as I say,
insists on being on top. I should be on top;
I’m the man. And now she’s run away.’
Now if I were God I’d be telling Adam
that they were created together
and that he’s a whiner. But God didn’t
and that proves God is a man.

Instead he sent out three angels
to try to persuade Lillith to come back
but she refused even when they offered
to destroy one hundred of her offspring
every day if she didn’t. Lillith, in return,
promised to do nasty things to children
and children hadn’t even been created yet.
In any case she wouldn’t come back so God
made Eve, out of Adam’s rib as it happened.

It’s not that he’d lost his touch with clay.
No, the rib business meant Adam was Eve’s
father, doesn’t it, or Eve his clone.
Either way it’s a recipe for servitude.
Eve was easily led. That was the idea
in the first place. No wonder the serpent
could talk her into it. No wonder
there were things she wanted to know.

And she kindly took Adam along
for the ride—he wasn’t exactly resisting.
But in the blame-game that followed
Adam said, ‘Eve made me do it.’
and Eve said, ‘The serpent made me do it.”
and the serpent said nothing.

Now he has to get around on the ground
and watch his head. He got the rough end
of the deal if you ask me— him and Lillith.
No wonder she’s got teeth. Mind you,
Eve got blamed for the fact that we know
the difference between good and evil.
Terrible, that.

The following is from Wikipedia’s entry on Lilith. It has her mating with some angel or other. My original source had the story above, but I can’t find it.

In Jewish folklore, from the 8th–10th century Alphabet of Ben Sira onwards, Lilith becomes Adam’s first wife, who was created at the same time (Rosh Hashanah) and from the same earth as Adam. This contrasts with Eve, who was created from one of Adam’s ribs. The legend was greatly developed during the Middle Ages, in the tradition of Aggadic midrashim, the Zohar, and Jewish mysticism.[3] In the 13th century writings of Rabbi Isaac ben Jacob ha-Cohen, for example, Lilith left Adam after she refused to become subservient to him …

I read another account that she was originally a protector of children but somewhere along the line began to eat them. I have a nice gristly poem about that too!

This site uses Akismet to reduce spam. Learn how your comment data is processed. 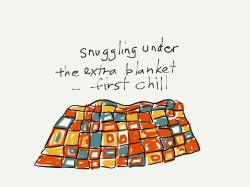 afraid of the dark/baby owl? 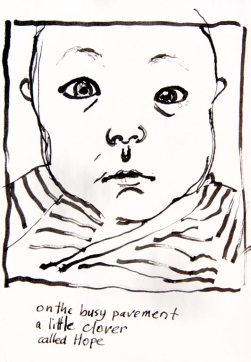 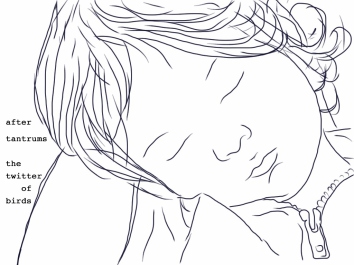 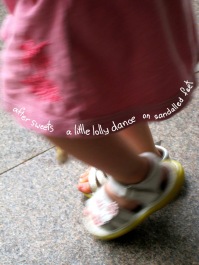 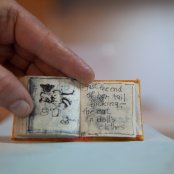 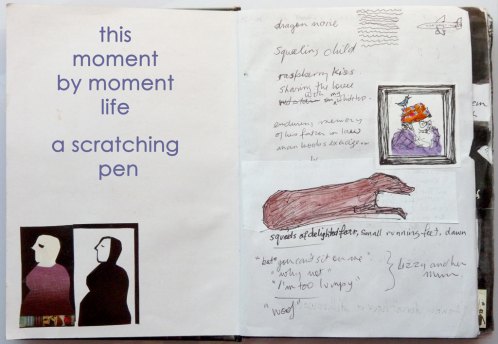 this moment by moment/life/scratching pen 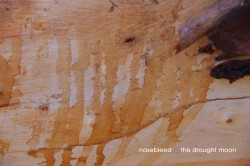 Art (more in menu and categories)

leaves-on-sand: leaves of Eucalyptus Platypus, 1 minute before the breeze 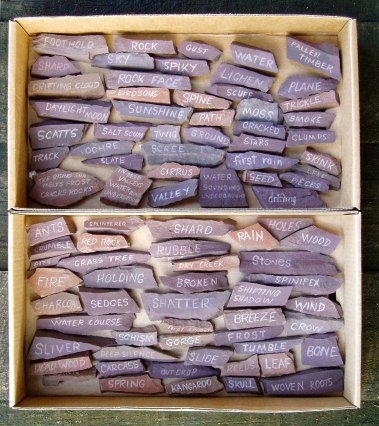 about nothing (detail: ink on rice) 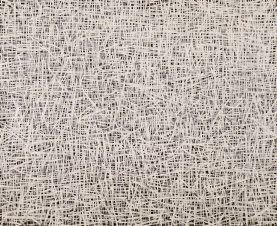 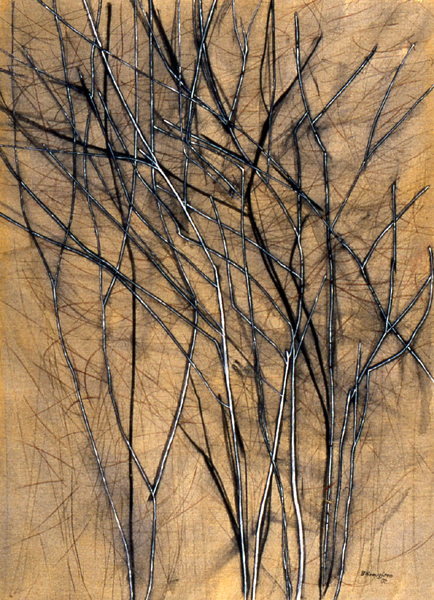 thornbush: pigment and acrylic on canvas 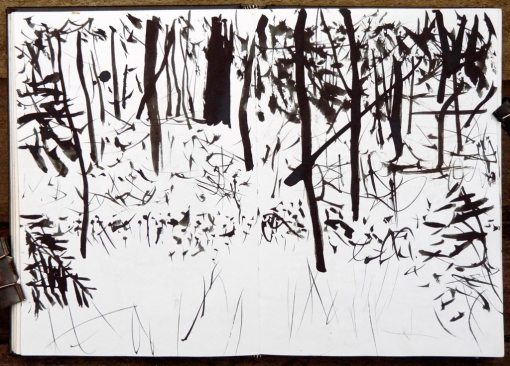 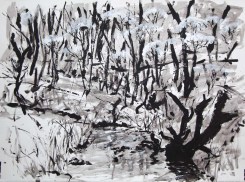 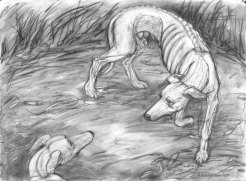 A Bird in the Hand (acrylic and sand on canvas)

Self Portrait hand in lap (acrylic on canvas)

Self Portrait while contemplating a life threatening illness (photograph, inkjet on paper)

bitties (more under illustrations and comics in categories) 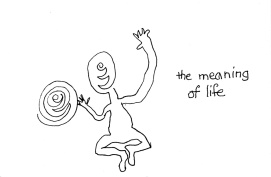 the meaning of life 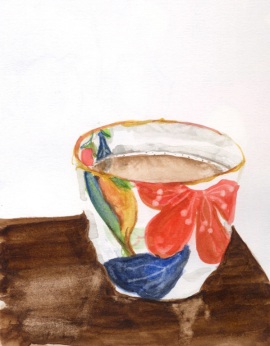 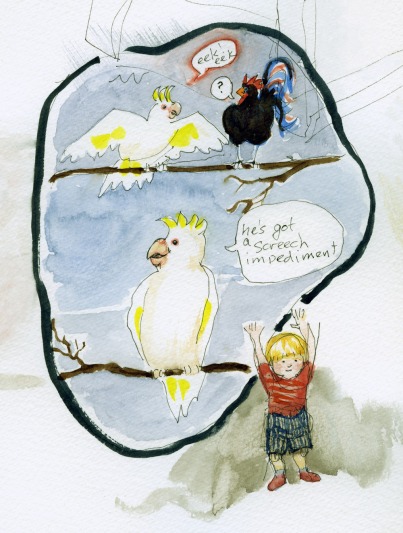 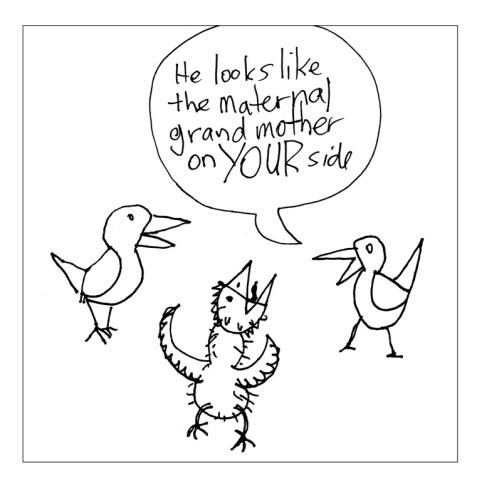 the hearts of sad birds

why can’t I wear gumboots to the wedding

just because I have eight legs, doesn’t mean i can juggle

Self as RR Hood 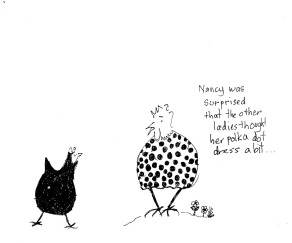 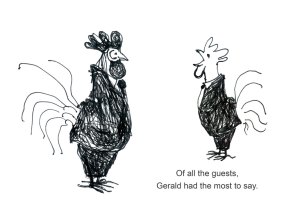 with one who has a lot to say 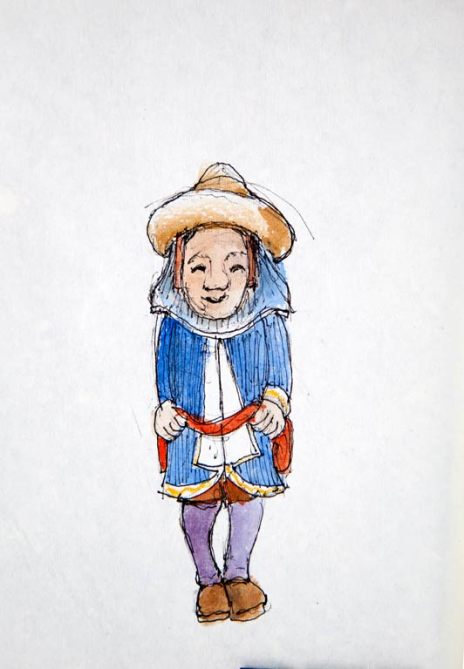 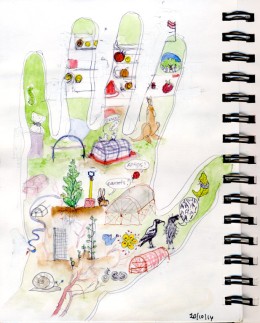